We’re a design firm specialising in branding and communication design. Located in Bangalore, we have created strong and successful brand solutions for large and small businesses, spanning industries across India.

Established in 1997, we bring to our clients the advantage of a wealth of experience, coupled with a keen finger on the pulse of the dynamics of a rapidly evolving, technology-enabled India. This exciting new business landscape in a culture that is rooted in its unique sense of self, creates immense possibilities for communication and design. In response, we aim to create design solutions that are innovative, contextually relevant and impactful. 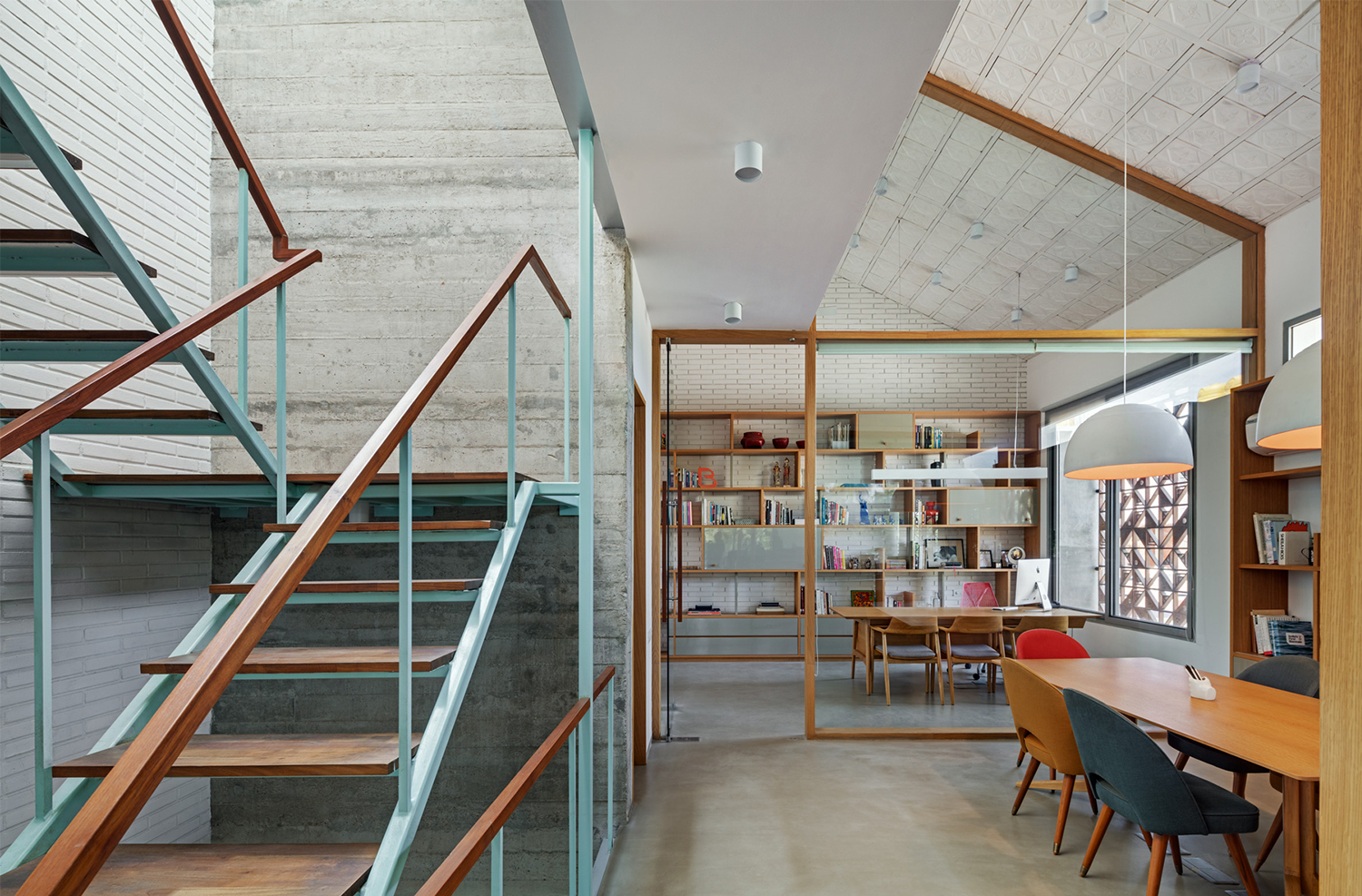 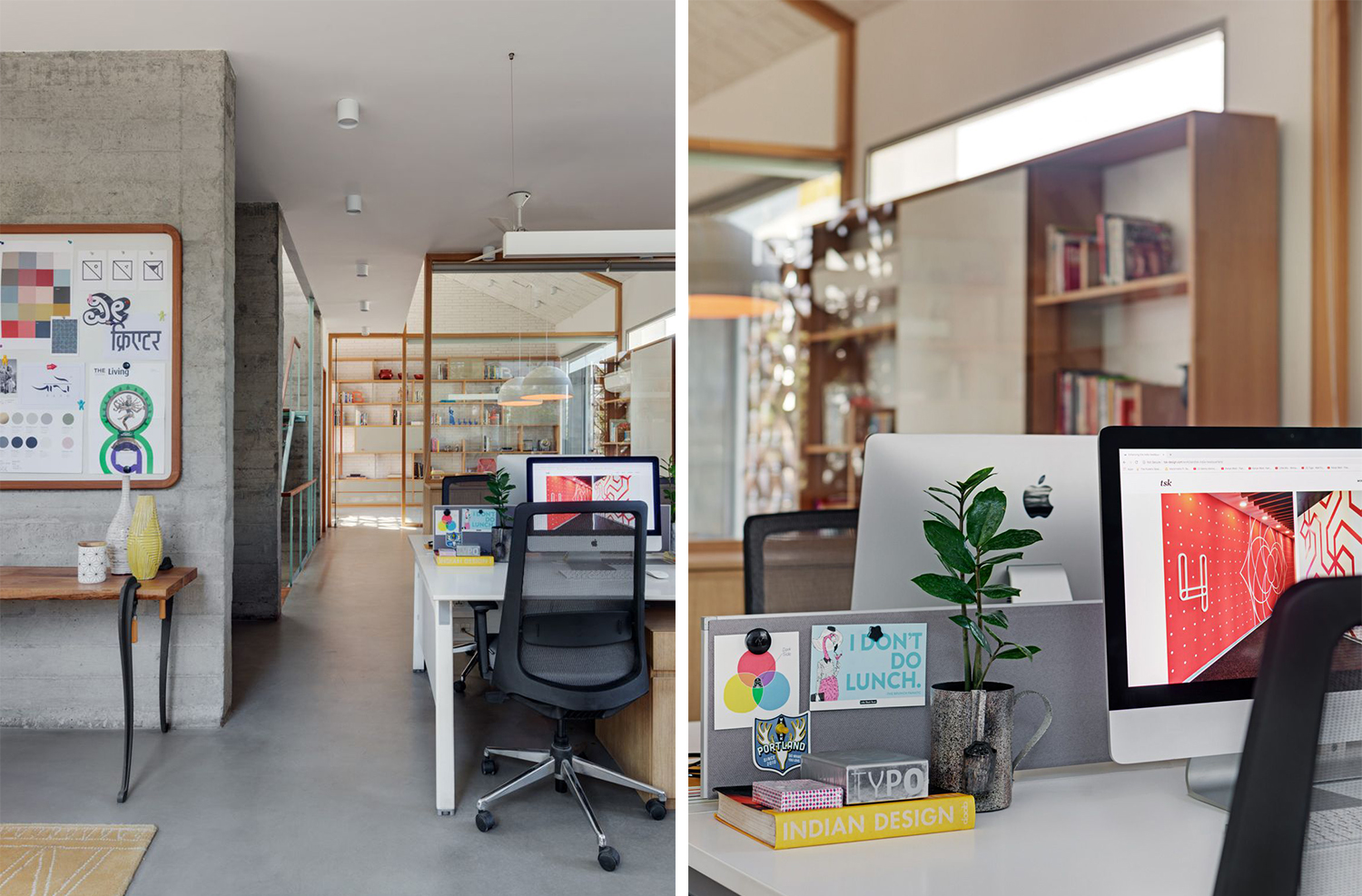 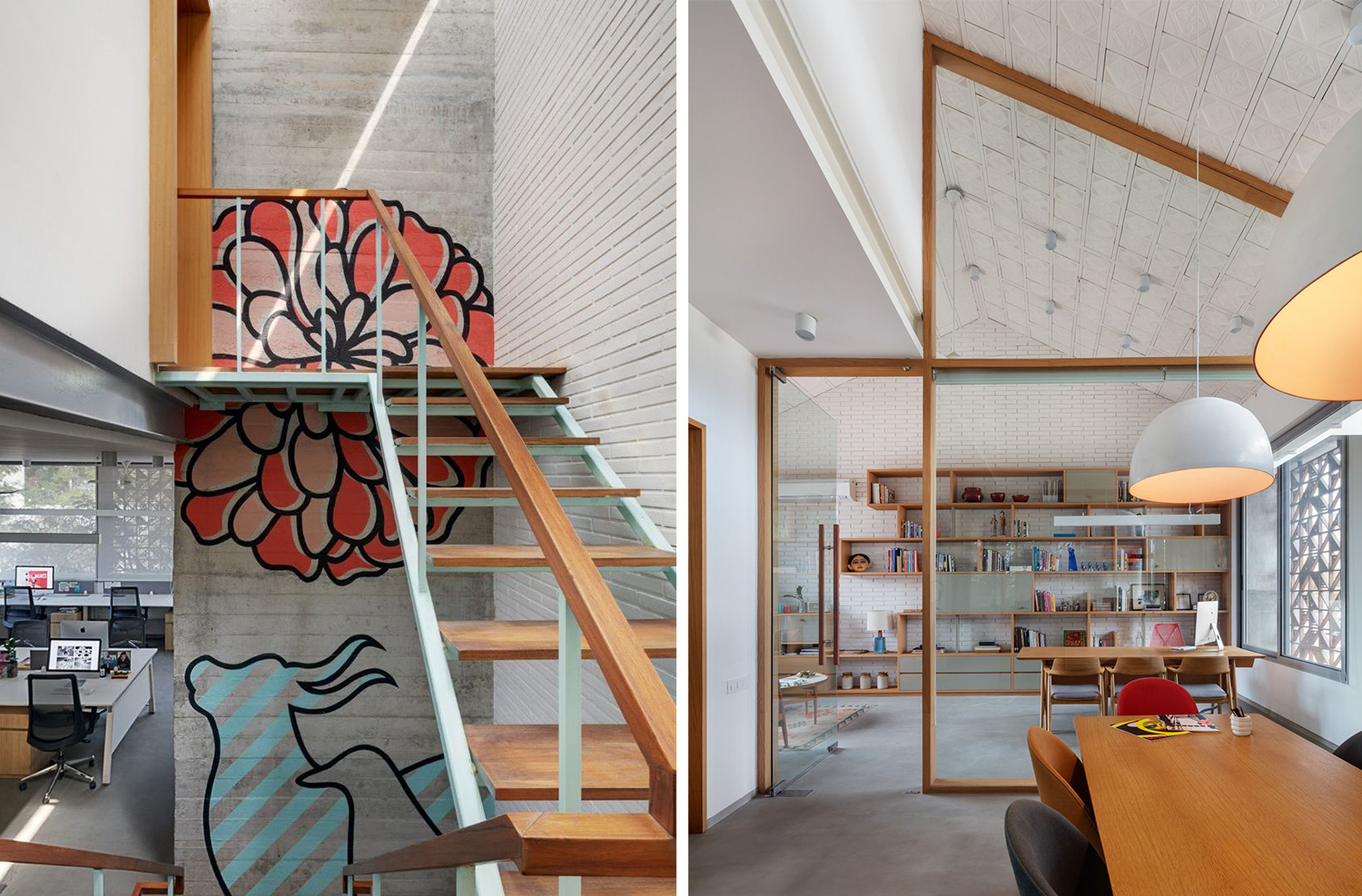 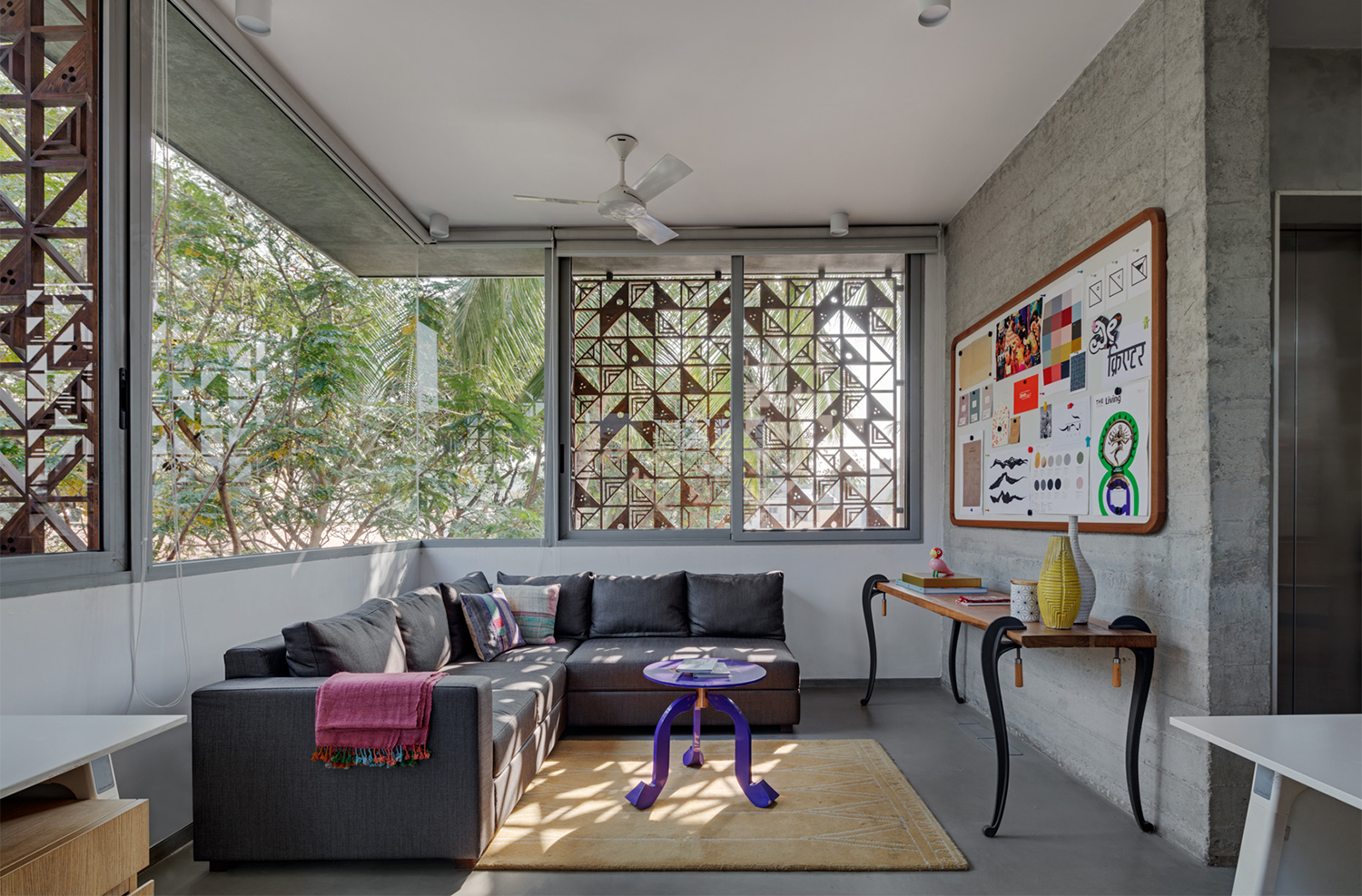 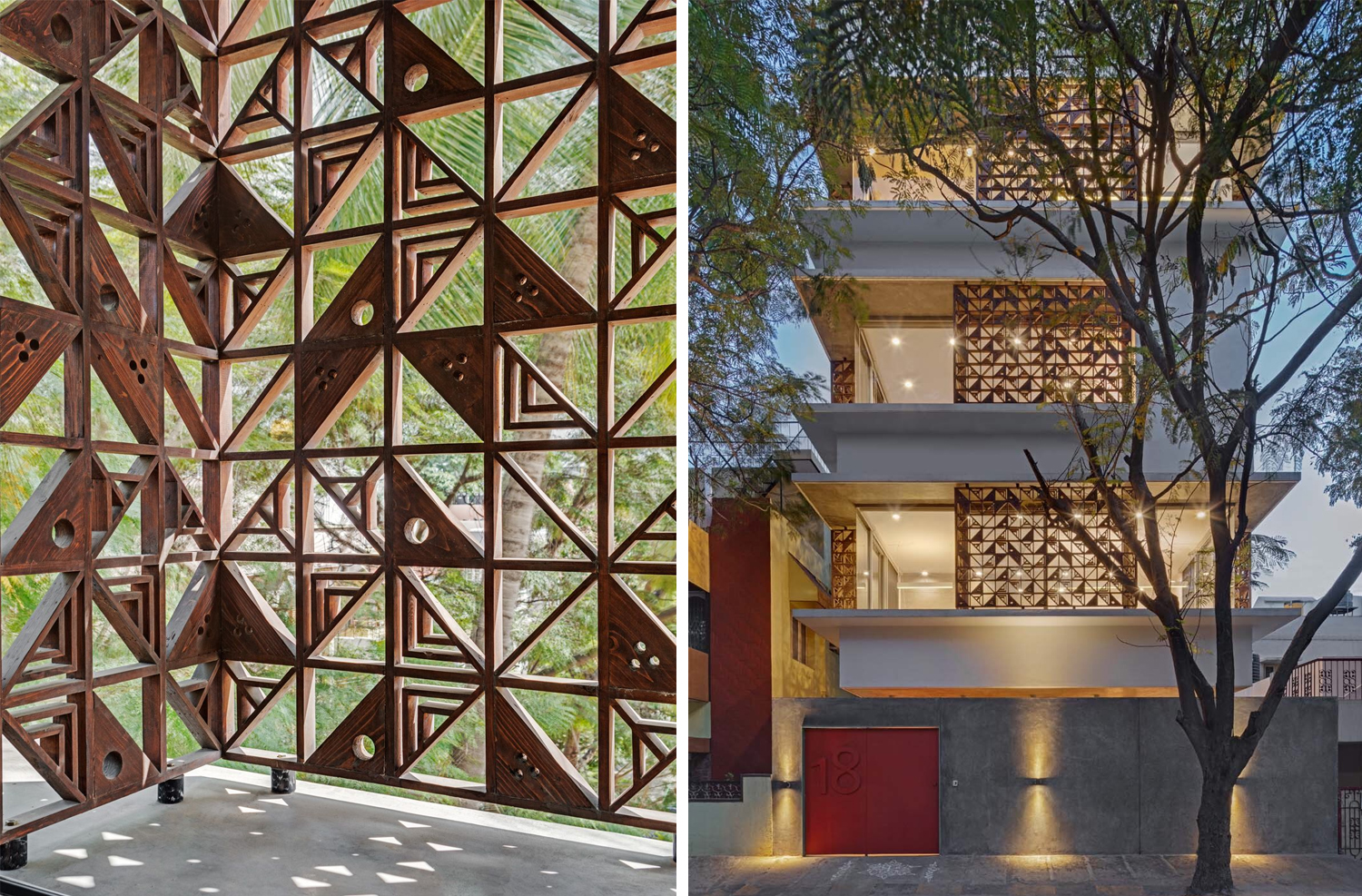 Strategy:
We articulate strategies for new brands, reshape those for existing companies and create corporate communication blueprints for companies across mediums print, environments and the digital sphere.

Brand Roll-Out:
We take ownership of each project until roll-out, working closely with our clients, vendors and strategic partners to ensure that the design vision is fully met, as it moves from drawing board to the public domain.

Tania Singh Khosla received a Master of Fine Arts in Graphic Design from Yale University, School of Art, in 1996, and a Bachelor of Arts (Major in Fine Art and Minor in Economics) from Mount Holyoke College, USA, 1993.

At Yale, her thesis, ‘Here, There and Graphic Design: Cultural Hybridism in Design,’ won her the Bradbury Thompson Award for pursuing Excellence in Design. This interest has continued over years in her professional practice as she has negotiated a fine balance between an Indian and internationalist design aesthetic, inspired and informed by the modern and traditional, the global and local.

Tania has been a speaker at several international conferences. Some of these include TEDx MAIS, Bangalore; Kyoorius Design Yatra, Goa; ICA (Institute of Contemporary Arts), London; and Indian Design Forum, British Council, Delhi. She has been on the jury of the D&AD Awards, London; Dubai Lynx; and Kyoorious Design Awards, India. She has also been a visiting critic at the Srishti Institute of Art, Design and Technology, which is amongst India’s premier design schools.

Anaheeta’s reputation in brand communication surrounds her expertise in brand conceptualisation, content development, and brand strategy. She has 20+ years of experience working with niche clients and large multinationals, in sectors that span biopharma, hospitality, luxury jewellery and education. She has co-created successful brands, defining brand strategies and memorable brand collateral.

Anaheeta has a truffle pig’s intuition and ability to get to the heart of every branding/communication challenge. She believes her out-of-office interests significantly influence her in-office contribution. Anaheeta is the editor of Bangalore’s leading neighbourhood newspaper, an activist for community level change, a passionate container gardener, and a scrabble fiend. She brings to our team curious perspectives, sharp insights, wordsmithery, and loads of Parsi whimsy.

Anaheeta is an alumnus of the United World Colleges (UWC) and Delhi University from where she received a Honours degree in English Literature.

Our process is research-based, rigorous and fun, culminating in designs that are insightful and innovative. We aim to capture and enthral our viewers, thereby delivering the most effective solutions to our clients. Every engagement, big or small is personal and handled with the utmost attention. Ultimately, the perfect concoction of smart, insightful thinking, careful craftsmanship, and creative magic give our designs a unique edge.

Investigate:
This is when we roll up our sleeves and dig deep into researching and understanding every aspect of the project.

Innovate:
We take a step back, assimilate and assess our investigations, and identify unique areas of opportunity to define the strategic direction for the brand. This then leads to the creative process, where the fun begins — a delightful dance between free thinking and smart logic, all the while pushing the envelope for the best possible outcome.

Implement:
We take each project from drawing board to end user, to ensure that the design vision is fully met.

We believe in a cross-disciplinary approach to design. Every project has its own set of parameters and is looked at holistically. If required, we draw upon the expertise of our wide network of resources — strategists, writers, photographers, architects, technologists, and craftspeople, whenever required. By putting the best heads and hands together, we deliver designs that are well thought out, strategically effective and perfectly executed.

Sharing a space with cutting-edge architecture firm Khosla Associates gives us an exciting advantage. We often work on collaborative projects that cross the boundaries between architecture, product and graphic design.

We believe that open dialogue and the exchange of ideas, energises our team, makes us grow and drives us to push the boundaries of our work.